Click Here to Join Unibet and Get a Risk-Free Bet up to $250!

Unibet offers remote sports betting apps for Apple iOS and Android devices, and you can also wager on the Unibet desktop site.

Unibet’s risk-free bet up to $250 marks one of the smaller welcome bonuses found at legal U.S. online sportsbooks.

The payment options available at Unibet include numerous ways to deposit and withdraw from your sportsbooks account.

The betting menu at Unibet offers the full gamut of domestic, international, and niche sports.

Expect Unibet to continue expanding across the U.S., and offering a solid sports betting platforms in applicable states.

The welcome bonus is exactly the same at both online sportsbooks, with the two books each offering a $250 risk-free bet.

Betway and Unibet are live in about the same number of states. Both brands plan to enter more U.S. markets in the coming months.

Unibet gets the nod in terms of sports selection. You can find extensive international and niche sports available on the Unibet platform.

Betway gets the checkmark in the Mobile App category, with Apple iOS and Android users rating Betway more favorably on average than Unibet.

All sportsbooks have to have something that makes them stand out from the rest, and Unibet is no different. Although other operators have some of their features, Unibet has perfected them.

The in-play interface allows you to see live stats and scoring data and animated graphics that simulate what’s going on on the court or field. Unibet has a game tracker that tracks all NFL games, showing the current yardage and the result of each play. The soccer game tracker also shows who has possession of the ball and who is attacking.

Unibet offers a referral program in five of the eight states (Arizona, Iowa, Indiana, Pennsylvania, and Virginia). For every friend who registers and deposits $50 or more ($25 in I.A., IN, and V.A.), the referrer and the friend each receive a bonus.

The only other caveat is that Unibet doesn’t send referral money until the player makes a wager of at least $50 (or $25). After that, each state dictates the referral rules and applies maximums to earnings.

Unibet has slots. The list of available slots is extensive, and users will find both advanced video slots and traditional reel games.

Unibet’s game selection has expanded significantly since its launch. It now offers nearly 600 slots. This variety provides a balance of online games and slot titles that players can find at their local brick-and-mortar casinos. Minimum bets start at $0.01 per spin and go up to $500 per spin.

How Do I Start Playing At Unibet?

Getting started only requires several short steps. Most sportsbooks have simplified the process to cater more to new users.

Once the registration is verified, you can make a deposit. Unibet accepts the following methods for making deposits: 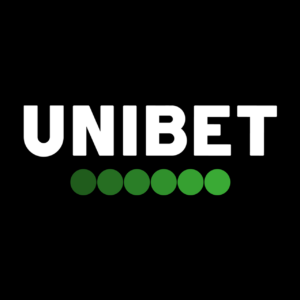 Why Is Unibet Trustworthy?

Unibet has a long, stable history in the global sports betting space. This has translated well to its launch in the U.S. market.

Unibet Is A Name That You Can trust?

Unibet was already a successful online company in London before moving to the U.S. It has support in 12 languages and more than 300,000 customers from over 100 countries. In addition, this sportsbook is licensed in multiple states and, therefore, safe.

It is a good choice for sports coverage and market depth. However, it could make its in-play betting interface more user-friendly by showing more details about various events. Unibet’s app excels at simplicity, whether it is good or bad. Some users will appreciate the lack of clutter. Others may be disappointed by the lack of additional features like advanced handicapping statistics, live video, or live chat.

The company has partnered with the New Jersey Devils, Philadelphia Eagles, Paris Saint-Germain, and three other English league teams. It is easy to use the site and create an account. However, you should note that each user’s state will affect how they can access the site.

How Do I Withdraw Winnings On Unibet?

Unibet offers a variety of withdrawal options. The decision on which to choose is based on the deposit method and how quickly bettors want to receive their funds.

Who Is Behind Unibet?

The Kindred Group, the parent company of Unibet, has a long history of serving international markets. It is now one of the largest online betting companies in the world. Unfortunately, the Kindred Group isn’t well-known in America today, but it plans to change that with its expansion in the U.S.

The Kindred Group, based in Malta, has over 20 million customers worldwide. This means that players from the U.S. will be able to play with an experienced provider in online gambling and mobile betting.

Bingo.com, 32Red, and Maria Casino are just a few brands that fall under the Kindred Group umbrella. Unibet, the brand most well-known for its sports betting, is one of the Kindred Group brands. Unibet’s name is well-known in English-speaking countries. The Kindred website describes Unibet as “the group’s premium, all-product brand.”

Unibet is a popular international betting site. They are a prominent player in online gambling due to their reputation for quick payouts and easy mobile betting interface.

Henrik Tjarnstrom was elected Unibet CEO in 2010. He had been previously a member of both the Board of Directors and CFO since 2008.

Tjarnstrom joined the Board of Directors as a member in 2003. He remained on the Board until 2008, when he was appointed Chief Financial Officer. He holds a degree in Industrial Engineering and Management from the Institute of Technology, Linköping University, Sweden. Before joining the Kindred Group, he was employed as Senior Financial Manager at Skanska Infrastructure Development AB from 2001 to 2008.

Nils Andén is Kindred Group’s Chief Commercial Officer for Region 2. He joined the company in July 2020 and held various positions at Kindred between 2006 and 2016. In 2006, he joined Unibet Group as a Management Trainee.

Unibet’s Online Operations In The U.S.